I saw an earlier version of Radical at the 2014 Toronto Fringe Festival – and loved it – so I was very excited to see it again in its current iteration. Hayter and Affleck describe the process that led to the FireWorks production in an interview on the Alumnae Theatre blog.

Based on the true story of Canadian oncologist Dr. Vera Peters’ (Helly Chester) fight for a less aggressive procedure than radical mastectomy to treat stage one breast cancer tumors, Radical takes us along with Peters as she navigates the old boys’ club that is medicine – represented by the character Dr. Bernie Fowler (Rob Candy) – and an 80-year-old ‘gold standard’ treatment that has never been questioned. That is, until she meets Professor Rose Levine (Kelly-Marie Murtha), who has a two-centimeter tumor – and wants to know why they just can’t remove the tumor and leave the rest of her breast alone. With the help of new young, forward-thinking surgeon Frank (Feerass Ellid), and despite the grave misgivings of her nurse Helen (Anne Shepherd), Peters launches a retrospective case study, diving into thousands of hospital patient records in an effort to prove that the lumpectomy is just as effective as the radical at treating cancer – and certainly less fraught with negative, life-changing side effects.

The expanded script (from a 50-minute running time in Fringe to about 2 hours, including a 15-minute intermission, in the current production) makes for a more thoughtful pace and a more gradual arc as Peters goes from being an unquestioning supporter of the status quo to a tireless fighter for change. Chester does a nice job with Peters’ journey from accepting to questioning to searching to fighting. An attentive physician who is sympathetic to patient concerns about the radical’s degree of invasiveness, her kind bedside manner tends towards sugar-coating the possible negative outcomes. But, gradually, her intensifying anger against a procedure that puts tradition and expediency – and even financial gain – over the wishes and best interests of the patient spurs her to action. A reluctant – and ultimately courageous – hero, medical choices become personal when she’s faced with her own breast cancer diagnosis. Murtha’s Rose is the perfect catalyst for Peters’ change of heart. An outspoken feminist, irreverently funny and always asking how things could be better, she refuses to take her post-operation side effects lying down and inspires Peters to be the fighter that breast cancer patients need.

Candy’s Dr. Fowler is a great foil for Peters, a long-time colleague and friend turned frenemy on the other side of this battle. A chauvinistic, arrogant surgeon who’s happy to have Peters working oncology and schlepping through statistics for a case study he wants to co-author with her, he’ll brook no suggestion as to how the surgery could be improved. And this despite the fact that he has direct knowledge of the emotional and physical aftermath of the radical after assisting with the procedure on his wife. Shepherd is bang-on as the tough, clockwork proficient, old-school nurse Helen; fiercely protective and supportive of Peters in most things, she takes the fatalist view – believing that change isn’t possible, so why even try. Enter Ellid’s wide-eyed, idealistic and driven young Frank, who has an eye on distinguishing himself as a surgeon and on the future of his profession. Refusing to be indoctrinated into old boys’ medicine, he questions and seeks a better way – and, like Peters, is willing to risk his job to get the lumpectomy recognized as a viable alternative to the radical.

In the end, Radical is as much about the guiding principle Primum Non Nocere (First, Do No Harm) as it is about the pioneering of the lumpectomy as a standard alternative to radical mastectomy. It brings forward important questions of patient consultation and the impact of surgery on quality of life. It asks what good is there in saving a patient’s life when they are left physically and mentally broken – with no guarantees that the cancer won’t come back anyway.

Lumpectomy champion Dr. Vera Peters puts ‘Do No Harm’ to the test in the eye-opening, dramatic and sharply funny Radical.

Radical continues at Alumnae Theatre’s FireWorks until November 22; you can purchase tickets online or an hour before show time at the box office (cash only). 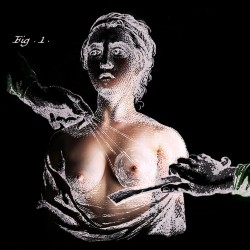 So what if I told you that, up until the 70s, radical mastectomy was the go-to procedure for Stage One breast cancer (e.g., a pea-sized tumor)? You’d likely be a bit shocked, puzzled and possibly enraged. Right? I know I was.

Playwright/oncologist Charles Hayter’s play Radical – developed and presented as a reading at Alumnae Theatre’s New Ideas Festival in March, and currently running in the Toronto Fringe Festival – tells the true-life story of Dr. Vera Peters, a Princess Margaret Hospital oncologist who fought for an alternative procedure, the lumpectomy, where only the tumor is removed.

Directed by Edgar Chua, Radical has a fine cast: Jane Smythe gives a very strong performance as the sharp, wry-witted and kind workaholic Peters; and Susan Q. Wilson is a picture of efficiency and protective concern as Peters’ nurse colleague Helen. Sheila Russell is a force to be reckoned with as the feisty, good-humoured, no-bullshit feminist activist Professor Rose Levine – who is more than happy to lock horns with Jerrold Karch’s cantankerous, arrogant and narrow-minded Chief of Surgery Dr. Fowler. And Jeff Yung is endearing and gutsy as the put-upon, forward-thinking young surgeon Frank.

Peters is eventually forced to make some critical treatment decisions herself when she gets her own diagnosis. But throughout the course of this play, we see that her push to examine the efficacy of, and ultimately implement, the lumpectomy wasn’t just a struggle for women’s health/rights, but for all patients’ rights – striving to afford patients the compassion, respect and decision-making power they deserve within the health care system. Hayter’s play gets to the heart of the Hippocratic oath maxim “Do no harm;” it must extend to treatment procedures – providing a good outcome, while keeping the possible negative impact on the patient in mind.

On a personal note – as someone who’s had a hinky mammogram result, a negative biopsy and ongoing mammogram follow-up to keep an eye on the suspicious particles – I’m very glad and grateful that Peters’ work resulted in the possibility of keeping my breast, should the need for surgery come to pass.

Radical is a sharp-witted, informative and moving telling of Peters’ fight for the lumpectomy.

Running until July 13 at the Tarragon Main Space, you can find exact dates/times for Radical here.